The aim of the French department is to equip pupils with the five language skills – listening, reading, spoken production, spoken interaction and writing. Students will become competent in the target language, develop the ability to reflect on their own learning and will be enabled to explore the interdependence between language and culture. Four forms of assessment are completed: the two classroom-based assessments, the assessment task and the state examination. 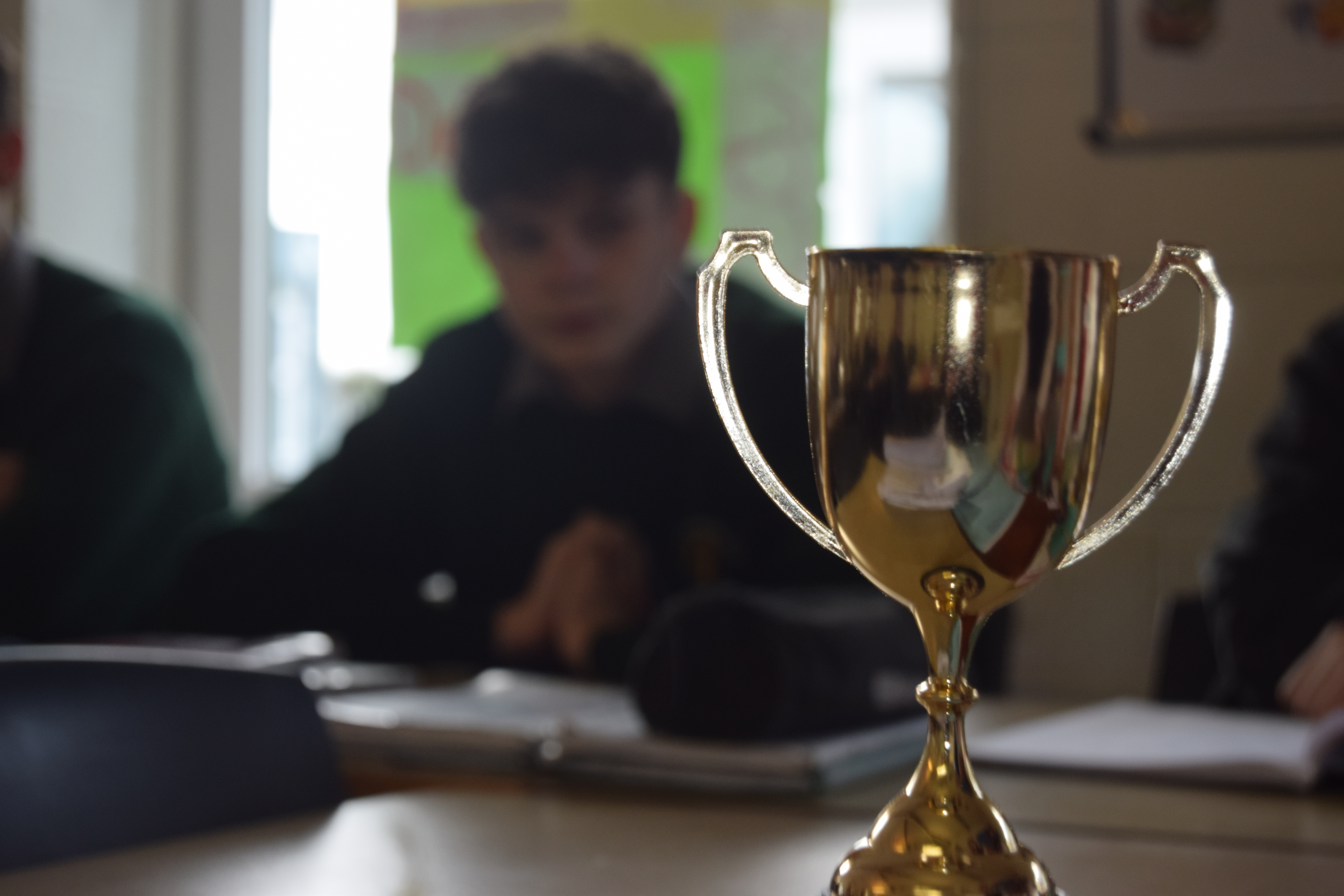 Pupils from first to sixth year are prepped to become competent, creative and independent language learners, with a view to completing the Junior Cycle and Leaving Certificate exams. At Junior Cycle, language skills are developed across three inter-related strands: communicative competence, language awareness, and socio-cultural knowledge and intercultural awareness. The Leaving Certificate course builds on these learning outcomes and aims to further develop learner autonomy. A range of varied teaching methods and active learning strategies are employed to cater for all abilities in a typical French class. These include individual and group activities, project work, role plays, creating displays, realia (authentic French literature and magazines), listening activities, puzzles and games, map reading and the use of ICT such as the internet, PowerPoint, DVDs, podcasts and on-line language games.

First Year: Throughout the three years of the Junior Cycle, students’ learning is based on specific learning outcomes based on the three strands: communicative competence; language awareness; and socio-cultural knowledge and intercultural awareness. In first year, students become familiar with the basic geography and culture of France. Pupils learn to introduce themselves in French and will cover the following topics - numbers, months, days, food, school subjects, animals, house, town and hobbies. Students keep a portfolio of various pieces of work, and are encouraged to reflect on their learning as the year progresses. Teachers assess students’ learning in a number of ways, including oral presentations, project work, group assignments, aural exercises and written tests.

Second Year: In second year, students build upon topics covered in first year and increase their competency in reading, writing and speaking the language. They learn to write short messages, postcards and simple letters, as well as developing the ability to read and interpret texts in French. They gain extra knowledge about France and its culture and are able to discuss differences between the Irish and French ways of life. During this year, they also sit their first Classroom Based Assessment, which happens in the spring. This is an oral task and it takes place during class time. Various methods of assessment are employed throughout the year to ensure that all students’ competencies are promoted and celebrated. As well as their CBA, students sit end of term written tests.

Third Year: The main focus of French classes in third year is preparation for their second CBA, their Assessment Task and their Junior Cycle exam. Material from first and second year is revised and pupils learn to comprehend native French speakers conversing. A large emphasis is placed on listening exercises and oral preparation in groups. All students purchase a set of exam papers at the beginning of third year and practise exercises throughout the year, in preparation for their written examination in June. 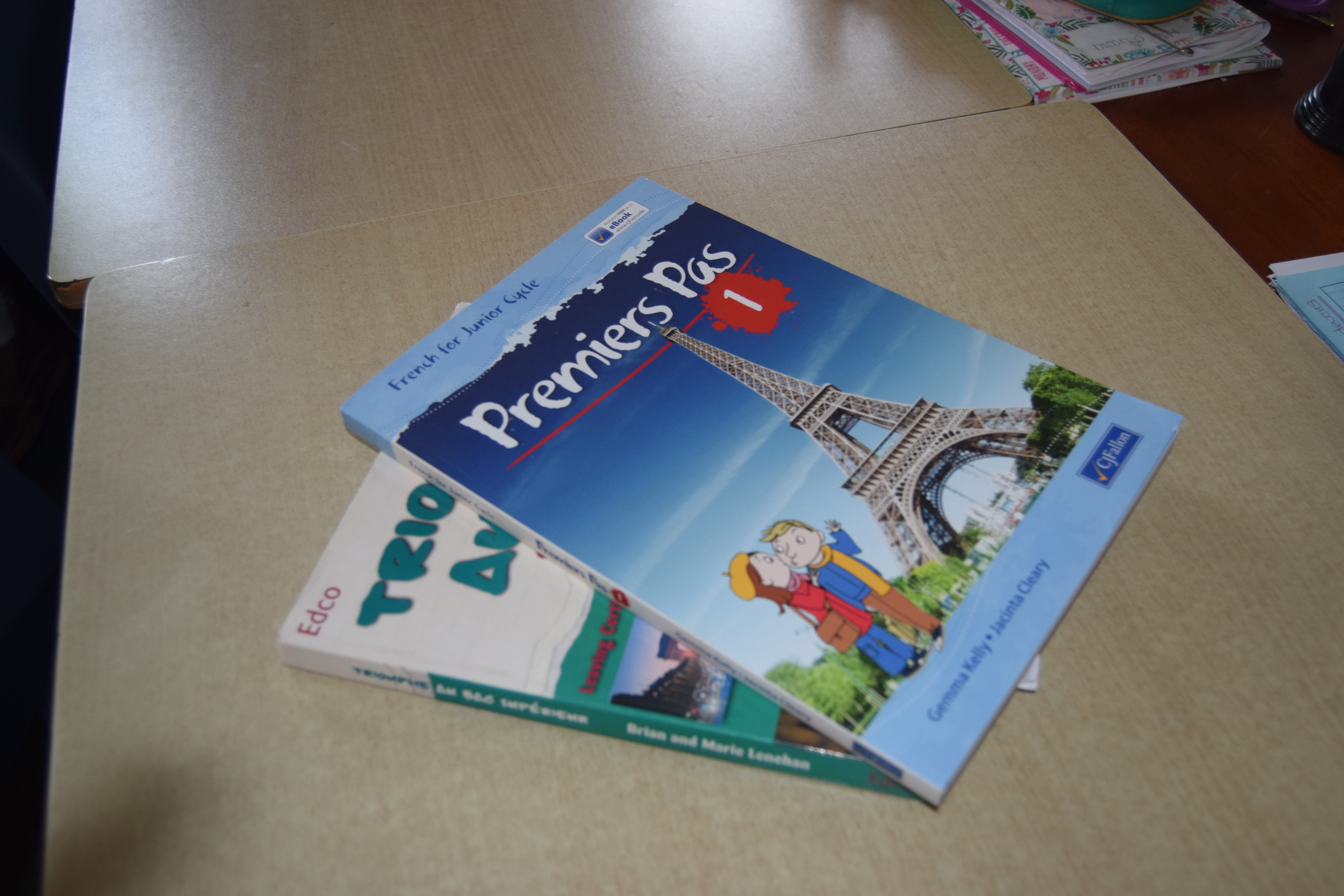 Transition Year: The main objective of Transition Year French is to improve the basic skills acquired during the Junior Cycle and to create a foundation for the Senior Cycle. During Transition Year, pupils studying French have the freedom to explore new tastes and experiences in the language. Students gain a better insight into French culture and are stimulated though the use of authentic materials. There is a focus on the oral exam during this year and students also prepare the ‘document’ element of their Leaving Certificate oral exam. Other themes taught during the year include: la francophonie, l’année de transition et la musique contemporaine. Students also studied modules in Spanish as part of their modern language learning experience this year.

Senior Cycle French: During Fifth and Sixth Year, students’ knowledge of the topics developed at Junior Cert and TY is deepened through the continued exploration of these areas at Leaving Cert. In senior cycle French, students develop their understanding and application of the grammatical system. They learn to manipulate the target language accurately to organise facts and ideas; and to present explanations, opinions and information in both speech and writing. The oral exam comprises of general conversation questions and the presentation of a ‘document’. Like the Junior Certificate, students sit a mock oral exam in March and the Leaving Certificate oral exam takes place in April.

We use cookies on our website. Some of them are essential for the operation of the site, while others help us to improve this site and the user experience (tracking cookies). You can decide for yourself whether you want to allow cookies or not. Please note that if you reject them, you may not be able to use all the functionalities of the site.